There’s always an engaging back story to every successful venture, and Chulha Chauki Da Dhaba is no exception.

One lazy afternoon in 2009, the current owners of Chulha Chauki Da Dhaba headed out to lunch at a restaurant in JP Nagar, only to discover the property had shut shop. This got them thinking, “what if we could finally fuel our biggest passion by starting a food venture here?” Before long, the property was taken over, spruced up with a rustic yet cheerful Dhaba vibe and renamed Chulha Chauki Da Dhaba. The popularity of the Dhaba Themed restaurant captured the fancy of foodies from near and far, making it a must go destination for authentic North Indian delicacies. The success of this outlet fuelled the promoters to consider opening many more outlets, but “where?” was the question they soon found answers to.

In 2009-2010, the IT boom was at its peak in Bengaluru, and what followed was the sudden influx of techies from the North to Bengaluru. Naturally, they preferred their desi North Indian food. This was the opportunity the founders of Chulha Chauki Da Dhaba were waiting for. In 2010, Chulha Chauki Da Dhaba’s 2nd outlet was inaugurated at HRBR Layout. And there has been no looking back since. Today, five outlets across Bengaluru (JP Nagar, HRBR Layout, Brookfields, Mahadevapura and Sarjapur Road) offer guests, especially those from the North, the opportunity to cherish the food of their hometown in a casual, cheerful setting.

What’s in a name, one might say. But the name ‘Chulha Chauki Da Dhaba’ reflects the very ethos of the restaurant chain and what it offers guests. An integral part of most kitchens in the North, Chulha Chauki is at the heart of hot, delicious, Dhaba food.

Visit any of the outlets across Bengaluru, and you’ll be treated to the most authentic, pure and delicious fare from the states of Punjab, Uttar Pradesh, Delhi, and Haryana; offering a wide variety of delicious food that will transport you on a culinary journey around the northern parts of India.

Interestingly, guests discover this unique dining place primarily through word of mouth. Its strong presence on social media too has helped the brand grow in stature.

Success does not happen by accident. The success of Chulha Chauki Da Dhaba can be attributed to a number of factors. For one, it is the passion of the team working relentlessly behind the scenes to serve the community good quality north Indian food and provide top notch services. 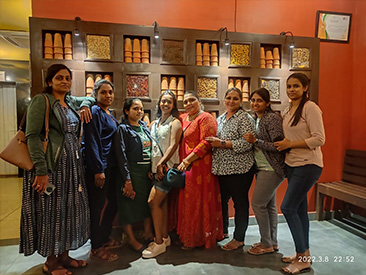 Further, to keep their food fresh and safe, the brand uses hand picked ingredients and lays emphasis on avoiding artificial chemicals or taste enhancers, no matter what. The highest standards of quality and hygiene are upheld, at all times, without compromise. The restaurant is now on the path of becoming a successful brand that does not just meet guests’ expectations, but exceed them.

“God comes to the hungry in the form of food”. This quote by The Mahatma is what has inspired the brand to engage in a CSR activity it holds dear to its heart. Chulha Chauki Da Dhaba collaborates with a well-known NGO to provide wholesome food to the needy on a regular basis across various localities of Bengaluru.

Not just rave reviews from guests who keep coming back for more, Chulha Chauki Da Dhaba is also the proud recipient of numerous food awards, including those organised by leading media houses and featuring the who’s who in the food industry. But not one to rest on their laurels, the promoters are planning to expand the chain further. Soon Chulha Chauki Da Dhaba will be opening their 6th restaurant at Indiranagar, where guests can treat themselves to the most delectable dhaba food in a relaxed dhaba ambience. 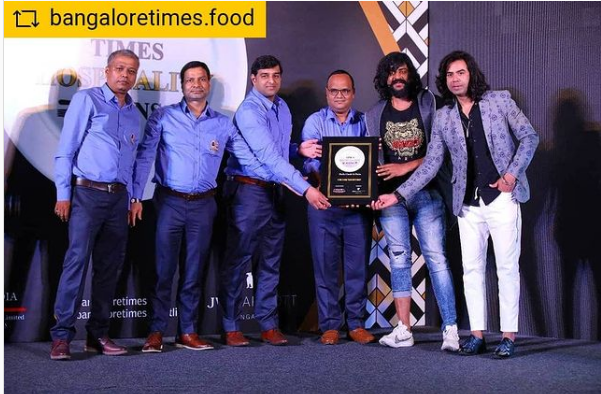